My personal website currently focuses on my research into premodern Chinese history, especially Chinese food history and historical recipes, as well as my work on Chinese Buddhism. This is an evolving space. I welcome your feedback on any of this. 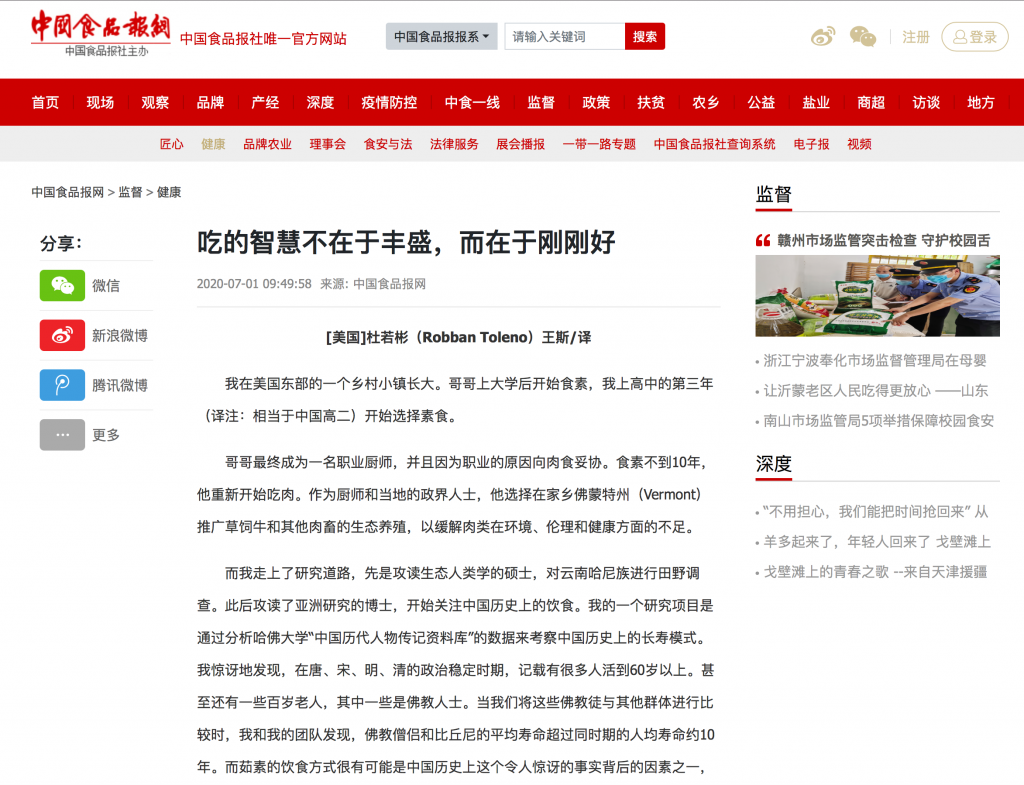 Essay on diet and health in a Chinese newspaper:

My short essay on diet and health, commissioned by colleagues in China, was published 1 July 2020 in the China Food Newspaper 中国食品报. If you read Chinese, you can find the essay here.

In the essay, I argue that scientific evidence now allows us to say with certainty that diets of abundance (if understood as large volumes of meat and sugars) are harming our health. The desire for abundant food is shaped across a long arc of several generations. Our attitudes toward nourishment are a product of historical forces, which include a response to periods of deprivation and hunger. China and the US share a similar historical trajectory on diet (albeit on different timelines), and the populations of both countries make the same mistake of over-indulging in animal proteins (and other nutrients). Long-term health and longevity are to be found not in abundance, but in nutritional sufficiency, according to epidemiological studies and research on cellular health.

Excerpts from my exploration of recipes from Chinese history. I am translating the Benxin zhai shushi pu 本心齋蔬食譜, Vegetable Recipes from Benxin's Studio, as well as the Shanjia qinggong 山家清供, Pure Offerings of Rural Households, both of which are recipe collections dating from China's Song dynasty (960-1279).  I also sometimes test recipes from the sixth-century Qimin yaoshu 齊民要術, Essential Techniques for Bringing Order to the People. Click here to enter.

I am working on a book monograph based on my dissertation, with the addition of some newly translated materials on food topics from the tenth-century Chinese Buddhist encyclopedia Shishi liutie 釋氏六帖, compiled by the monk Yichu 義楚. This book explores Chinese Buddhist teachings on eating, shedding light on the doctrinal reasons that Chinese Buddhist scholar-monks sometimes viewed vegetarianism as a controversial teaching. Contrary to studies that treat vegetarianism as an important tool by which Buddhists in China constructed an identity relative to a meat-eating population, I argue that vegetarianism was something of a non-issue for many Chinese Buddhists in imperial China. It was, for many monks and nuns, admirable but not required, because many respected Buddhists texts took issue with the notion that ritual purity could be dependent on diet. The controversy around the eating of meat was really about the problem of whether (and to what extent) the phenomenal world experienced by the senses and the inner world of ideation interact, and whether moral status is dependent on both or able to transcend sensory experience. This problem creates a durable tension that played out over many centuries in China, leading to occasional antinomian interpretations even after proponents of vegetarianism succeeded in making it an institutional requirement of Buddhist monasticism. Rejection of a material basis for ritual purity is a position that still remains influential for some practitioners today and which appears to be foundational to Buddhist ideas on eating. Forthcoming. 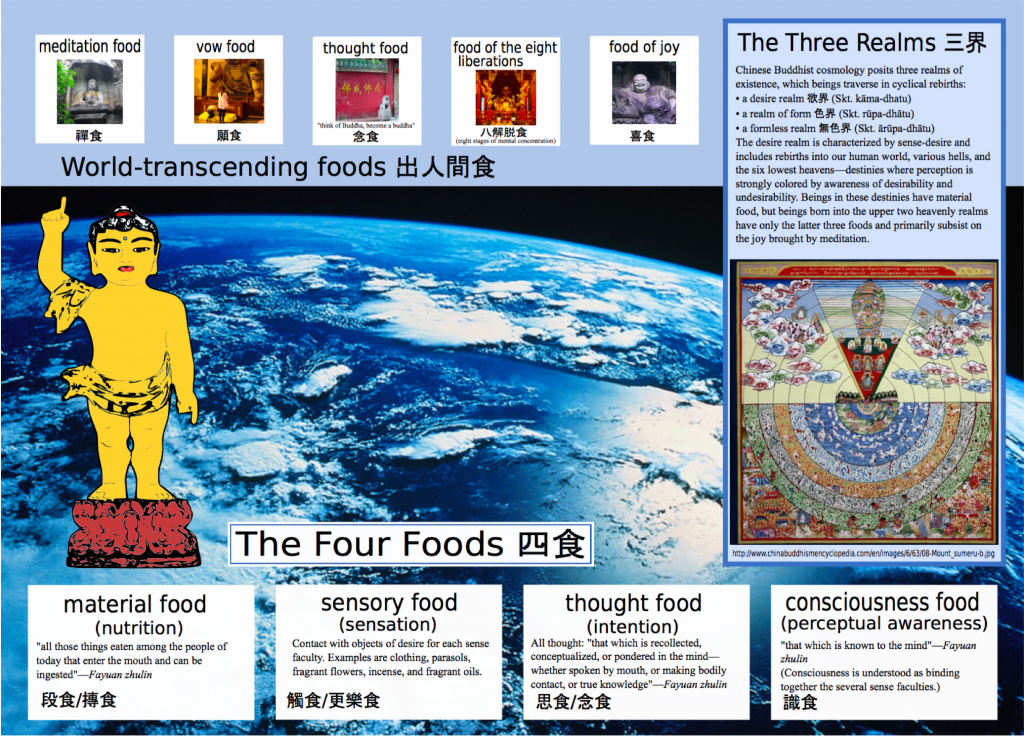 I research food practices in Chinese Buddhism, so a good amount of my research and teaching have been in Religious Studies. Scholars often work on translations privately, due to the difficulty of literary Chinese materials and the likelihood of errors in early drafts. Most published scholarship has benefitted from several pairs of eyes vetting translated materials. I plan to post draft editions of my translations here, in order to share some of my work and invite comment. If you spot an error, please contact me using the email account at the bottom of this page. Click here to enter.

A project using data from Harvard’s China Biographical Database (CBDB). Combining both quantitative and qualitative methods, a team of students from the University of British Columbia and I found that the mean age at death for people recorded in China’s historical records from medieval and late imperial China hovered around sixty years, though significant numbers of individuals lived past even eighty. (Our data set, after “scrubbing” down to only those individuals for whom we have birth and death dates, was around 27,000 individuals, and Harvard has since then released an updated and improved data set.) Using status information that told us about religious affiliation, we found that Buddhist monks and nuns were living on average a decade longer than the mean age at death of the sample as a whole. In other words, if you survived to adulthood and distinguished yourself enough to be recorded in historical records, you could expect to die somewhere around 60 years of age, but if you were a Buddhist monk or nun, you might expect to live to about 70 years! What factors contributed to this reduction in mortality among Buddhist monks and nuns? While I currently have this project on a back burner and need to do more analysis, I will propose three likely factors worthy of scrutiny: 1) the post meridiem fast of monastic Buddhists, which is a form of intermittent fasting, 2) the practice of vegetarianism, and 3) conscientiousness, a predictor of longevity isolated in the work of Friedman and Martin (see their book, The Longevity Project).

Evolution has shaped us to excel at learning. For some people, learning stimulates a lifelong quest for novel experiences, while for others the objective is an idealized manifestation of excellence, an exemplified virtue. We often seek both novelty and exemplification, which form a dialectical tension: we initially accept what is subpar for its newness, until novelty gives way to familiarity and must exemplify a virtue or be rejected. This productive tension between novelty and exemplification drives us toward increasing differentiation of knowledge, toward horizons of human experience characterized by heightened values. Grounded in Buddhist approaches to embodiment, this creative project explores vistas of the senses and intellect, the spaces in which we encounter the new and seek out excellence. Click to enter.

This project could also start with the heading, "What I Think I Know About Diet And Its Consequences." The human diet remains a lively topic of debate for many people, but there certain truths are emerging about how contemporary food practices impact human health and longevity, as well as the ecology of our planet. These topics, located in physiology and human ecology, might seem to be more about science and politics than about the inner work of being human, but they are shaped, powerfully and enduringly, by our attitudes. Attitudes matter. With this project I want to do what I can to make connections that I think more people should understand, because healthy attitudes can translate into a healthier world for all of us. Click to enter.

A photographic exploration of the beauty of old things with integrity. What if we stopped celebrating shiny new products that are based on the aesthetics of fresh fruit, and instead build things that would acquire greater beauty over time? People would buy fewer products and business would suffer, you say? Well, there are values other than immediate profit that are worth celebrating, such as having higher quality items and less polluting industry, not to mention all the trash of discarded items. These photographs investigate the aesthetics of patina, the true state of affairs of the things of the world and a metaphor for the beauty of human character. Lasting perfection is impossible, but honest integrity results in patina. Click to enter.

The original shiny, plastic-like stuff: perishable natural materials and their beauty. In these photographs I explore the aesthetics of vivacious, life-giving foods and the delicate beauty of evanescent natural phenomena. Patina seldom enters into the fresh aesthetics of food, but it serves as a wonderful compliment. I am playing here with organic dreams, with taste and color. I am after the idea more than the object, the potential more than the specific case. What do organic materials afford? How can what is be transformed into what might be? Click to enter.

All photographs and contents are my own, unless otherwise attributed. 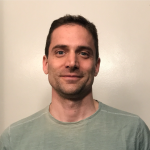